A new season equals a new job! We explain why you are 100% sure to find a job in the fall!

The market never sleeps, but sometimes it does doze off. Finally, however, both eyes are opened in the autumn (the fall), and a new period of activity, search, and change begins.

So, why does this happen? Well, it's a good question, and I didn't immediately find the answer. According to a study by SuperJob, 22% of employees reported a decrease in productivity, 52% of whom blamed the heat. Another 34% cite the desire to go on holiday as the main reason for their lack of productivity, and I can understand it: when you know that in a week you will be on a cruise with a cocktail in your hand, it can be challenging to focus on the tasks at hand. 5% also points to the fatigue that accumulates over the summer. 4% points to a general decrease in the business's productivity and, as a result, in the number of tasks, which awakens dormant laziness. 43% of HR managers noted that they experience problems with recruitment during the summer period, not only because of the decline in their efficiency but also because of the reduced number of candidates who prefer to take annual leave and take the opportunity to relax during the summer.

All this puts the summertime job market into a "sleep mode," from which it begins to emerge as early as the last days of August and becomes fully active in September.

Seasons and time of employment: when and how the labor market works 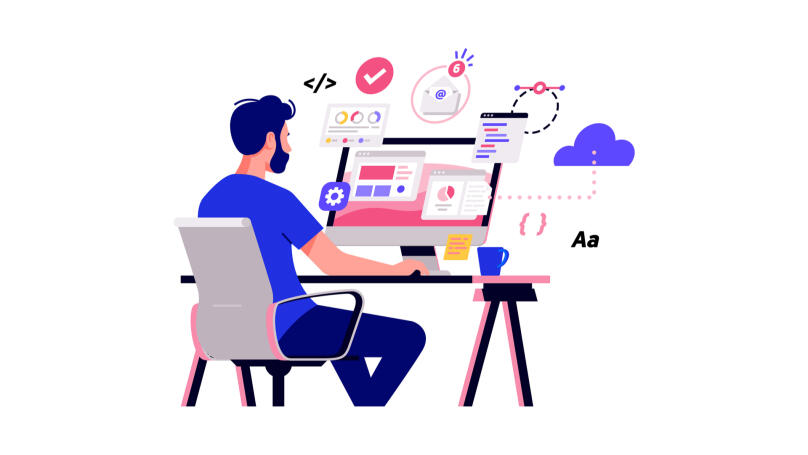 The labor market is dynamic and volatile. It is influenced not only by objective factors such as economic crises and technological trends but also by the seasons. So, for example, if you were looking for a job in January and then tried again in April, you'd get a glimpse of the difference I'm highlighting.

We usually divide the summer into two halves in the labor market context. That is, from mid-May to mid-July, management is busy making strategic decisions for six months to a year ahead and often focuses on developing those who are still in the office then - for instance, conducting training programs for employees or restructuring teams. It is not a time for a change but a time to prepare for it when you can calmly consider different ideas and initiatives without rushing anywhere. In summer, the labor market is relatively slow.

It is also when there are hot vacancies and internships on the market, so this is another good time for employment. Candidates with no experience but prospects and goals are particularly well-received in early summer, as in summer, it is easier for a new employee to fit into the work routine, improve their knowledge or pass a trial period in the absence of management resting at the resorts. In short, a great time to gain experience, try new things, and prove yourself.

The second part of summer is from mid-July to early September when most employees go on holiday, and essential personnel decisions get delayed. Usually, during this period, you can see a sharp drop in vacancies in the job exchanges and be confronted with the fact that the HR manager forgot to call you back because he left for the seaside.

So what happens in the fall from September to November? Management returns from holiday, and the employees, who have rested during the summer, get back to work with renewed vigor, which leads to a sharp increase in productivity. 29% of them say that autumn is the time of year when they can perform better and get a promotion. And most of these people are women! But, on the flip side, I remember getting some great offers and projects between October and November. So, keep that in mind!

Winter is a different story. From about the beginning of December to mid-February, the activity in the job market dies down. That is because companies don't have time to replenish staff by the end of the year: they need to sum up results, compile reports, align KPIs and prepare for a new "run." The end of the year is a kind of milestone when everyone is busy at work and home, preparing for the holidays. If we think about getting a job during this period, it would probably be a seasonal part-time job, which is quite often in the service and sales industry because of the high demand for holiday goods and appropriate leisure activities.

The spring period, which begins from the end of February to the beginning of May, is characterized by job openings and projects surge. It is the second most popular period for looking for work after autumn! Projects that were considered in the winter are launched, new teams get assembled, and recent trends, professions, and companies emerge. However, this activity is short-lived and gradually subsides until it finally dies down by the May holidays (at least in Russia). The labor market slows down as the summer approaches until it enters a phase of stagnation.

Why look for a job in the autumn 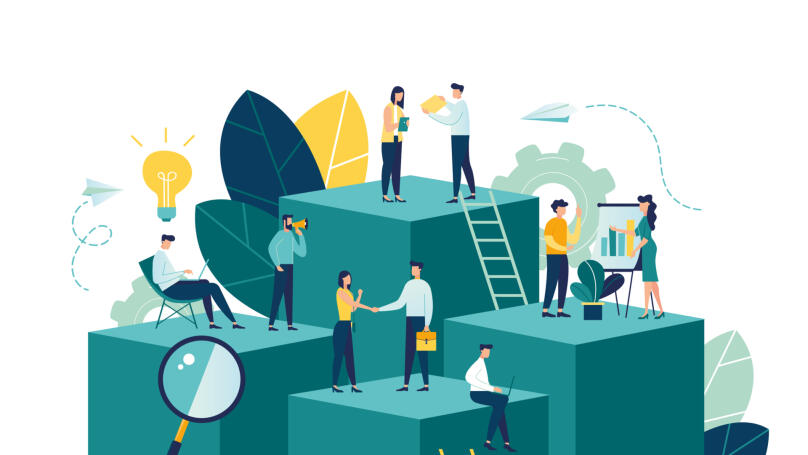 That is why I still believe that the autumn job market is a treasure trove of opportunities for those who are looking for a new job or want to start a new career:

The Path to a Content Life. Go Over Goals and Reach Them

Tips on how to get rid of bad habits, balance your life, and take care of yourself

At first glance, it might seem that the labor market is more or less stable and the same at all times of the year, but this is not the case. Of course, cool new projects with vacancies appear all year round, and if you suddenly find yourself without a job on New Year's Eve or in the middle of summer, this is no reason to get desperate. On the contrary, it is easier to find work in the autumn because the labor market is interested in attracting fresh and professional personnel, and innovations and changes (including politics, science, and culture) contribute to new niches and jobs.

The job search plan for autumn is almost the same as for the other seasons. Monitor job openings daily and review job matching sites often emailed based on your CV (Resume) skillset. Also, keep an eye out for all sorts of picks that are usually compiled by online publications and telegram feeds. Finally, if it's been a while since you updated your resume, do it right in early fall, incorporating new experiences from the summer and your new skills. Employers pay attention first to resumes that were last updated.

Also, don't forget about seasonal jobs! For example, consider starting your own business. Temporary! It's not as risky as a long-term business, and you can get ready to start one fairly quickly because some areas and niches are relevant from September to November. What are the benefits of a seasonal business, and what options to keep an eye on in the autumn? I'll tell you in the next article! So stay tuned to Lectera Magazine for updates.

Five skills you should improve this winter! Mila Semeshkina's top tips for Forbes

We all have our own traditions to make the winter holidays unforgettable.

How are people learning this autumn around the world? Here are some of the most exciting news stories we've come across.

More than one storm cloud has passed in the world of education since we updated our Education Digest column. Of course, universities, schools and online platforms did not descend into chaos, but they definitely faced old threats in a new guise.

Mila Semeshkina on the cover of April Forbes Club!

Lectera already has offices in Moscow, Miami, and Dubai and plans to open a representative office in Europe.

No matter what is happening in the world, learning remains an integral part of our lives. So, following our usual tradition, we have gathered together for you the most positive and exciting April news from the field of education to inspire you in your May educational exploits!

Lectera.com Recognized as one of the Top 10 Florida Tech Startups 2022 by Startupcity

A panel of industry experts selected Lectera.com based on an evaluation of the company's achievements and innovations in the education sector.

Did you know that first-ever correspondence courses were the forebears of modern online education? They first appeared back in 1728.

We have great news for you: Lectera now has a new online career course category!

TechBullion: why learning with Lectera is the right choice

On December 8, the popular British online publication TechBullion published an article about our educational platform. There, it described the Lectera principles, the main directions of training, and our Fast Education methodology.

As soon as the year ends, everybody usually tries to finish the things they started. However, there are restless fans of their craft who also want to find new challenges.

Today we are discussing the profession of big data specialists. Looking at their job responsibilities and salaries, which will surprise even the most experienced managers.

A project manager or project leader: the most important cog in the machine

Today we will introduce you to the profession of a project manager and tell you about the skills you will need to get started as well as the free courses that will help you develop them.

Crisis manager: how to save any company

The first material of this series of new professions. We examine crisis managers' work, duties, and relevance in large companies.

Marketplace Specialist: The Most Popular Occupation in 2022

In this mini guide, we will discuss the skills that a marketplace specialist must have, estimate their salaries in the current job market, and discuss the courses which will help you develop in this area.

Sustainability Specialist: In Russia, how much can you earn from ESG?

This mini guide is dedicated to the duties of an ESG professional, including the size of their salary and how you can get ahead in this professional field.

An employee well-being specialist: what is well-being, and how can you achieve it?

In this new project material, we discuss the duties of a well-being specialist and the soft skills that will be useful for this position.